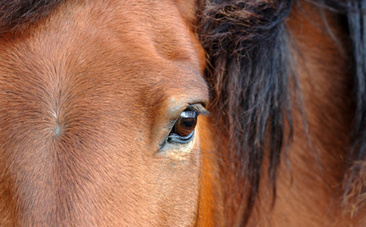 (POLITICS)
A proposal in the Obama administration’s 2014 budget has indirectly blocked the horse slaughtering industry from operating.

“Technically, the proposal would prevent money from being spent on inspection of horse slaughtering facilities. Without inspections, facilities could not legally operate. The proposal was greeted enthusiastically by horse lovers and animal advocacy groups.” Said the NY Times.

Mary Horsemoms’s insight:
Did you catch the fact that it was “indirectly blocked” by the Obama administration?

That’s OK with me.

Altho’ there’s a big audience out there that feels it’s a necessary evil to “thin the heard”.

Either way, it sounds like the proposal has been blocked.

At least for now….