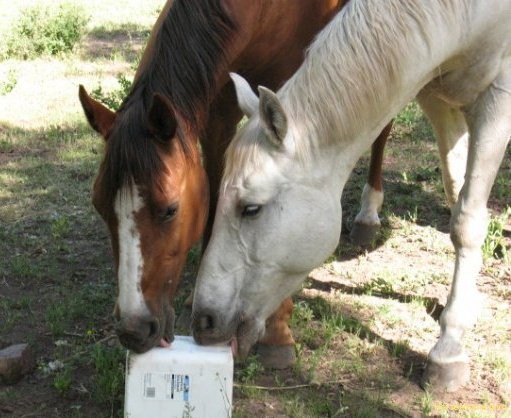 Here’s how they start the range round up…

“Starting at dawn, government contractors in helicopters chase pregnant mares, foals and other horses for miles over rough and often frozen terrain toward trap sites. The pilots fly low, as was captured on video by Horseback.com journalist, Laura Leigh, during the Calico Complex roundup on January 16, 2010, in the Calico Mountain area north of Gerlach, NV.

Those horses that survive the trapping (and some don’t) are variously branded, split up by gender and age, and separated from their families (yes, horses have them, just as other species do).

Some of the equines are treated with the contraceptive PZP and released. The HSUS has been working with the BLM to increase the use of contraception as a way to reduce herd sizes instead of removing them, a strategy that has been used elsewhere to curb exploding populations of deer and, outside of the U.S., elephants.”