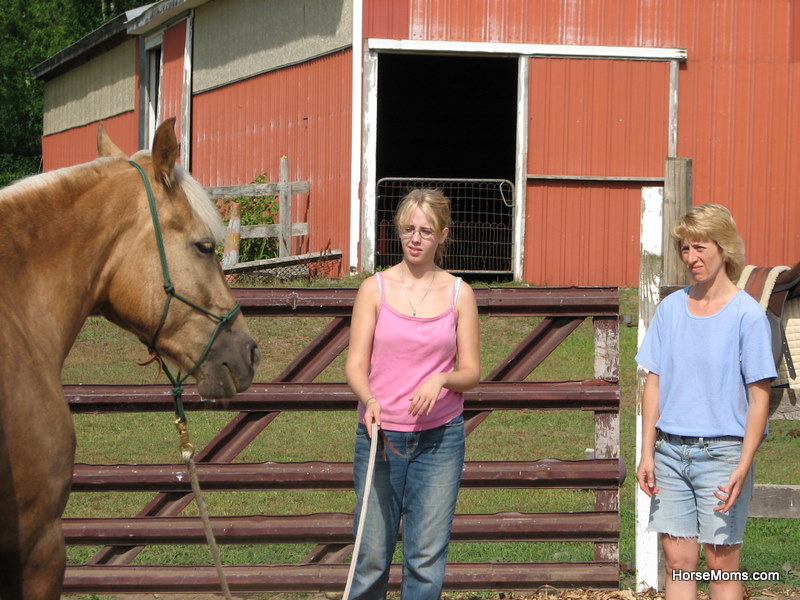 I was first introduced to the terms GMO/GE when an editor from Natural Horse Magazine asked me if our Horse Moms Organic Equine supplements contained any GMO/GE ingredients and I was surprised because I never heard those terms before. I checked with our suppliers and happy to say our Horse Moms organic and natural equine supplements are GMO/GE free. {so that was a good thing}

It’s such an important topic since it affects human health as well as animal health.

This issue prompted me to start doing my own research about GMO/GE to educate myself about what it was and how it affected me, my family and my animals. What I found was startling mainly because our government has allowed these types of foods into our food supply directly and indirectly.

GMO/GE process is altering the natural DNA of an organism with DNA molecules from different sources, which are combined into one molecule to create a new set of genes. This DNA is then transferred into an organism, giving it modified or novel genes. Some touted modifications include food crop plants with newly added defenses against insects or the resistance to heavy applications of pesticides.

Sounds pretty high tech… But is it good?

your horses, pets and livestock.

One way your animals can be exposed to these ingredients is by eating commercial grains and pet food. It is interesting to note that the largest G.E. crops in North America are soy, corn, cotton and sugar beets which are processed into sugar. The USDA in January 2011 gave the okay for “conditional deregulation” of Monsanto’s genetically engineered, herbicide-resistant alfalfa.

It is also interesting to note that many GMO/G.E. foods are in the feed given to livestock. When you analyze commercial grains and pet foods the number one ingredient is corn and soy is traditionally used to add protein to feeds.

Alfalfa is also used in feed mixes as well as a feed by itself as pellets or hay.

One way to ensure your animals are not getting food that has GMO/GE ingredients is by contacting the manufacturer and asking them directly like in my case when I was asked by the editor of Natural Horse Magazine or by feeding grains and pet food that say organic.

“Organic” refers to the way agricultural products are grown and processed. Specific requirements must be met and maintained in order for products to be labeled as “organic”.

Organic crops must be grown in safe soil, have no modifications and must remain separate from conventional products. Farmers are not allowed to use synthetic pesticides, bioengineered genes (GMOs), petroleum-based fertilizers and sewage sludge-based fertilizers.

I currently feed my horse our Horse Moms organic complete supplements so they have complete nutrition and organic alfalfa pellets and organic oats from Natures Best Organic Feeds located Pennsylvania but they are distributed in other states as well. When you go to their site they have dealer locater that you can choose your state and a list of distributors in that state will come up. Their website is http://www.organicfeeds.com.

I thought this issue was important enough to bring to your attention so you weren’t all in the dark like I was.

I hope this information helps you make a more informed decision about your choices of food for yourselves as well as your animals.

To be fair about this issue and let all of you make up your own minds if you want to feed GMO/GE feeds and supplements to your horses or pets or livestock or even your family I have provided additional links to other articles on this matter in the special research section below.

I’ll put the rest up shortly. 🙂