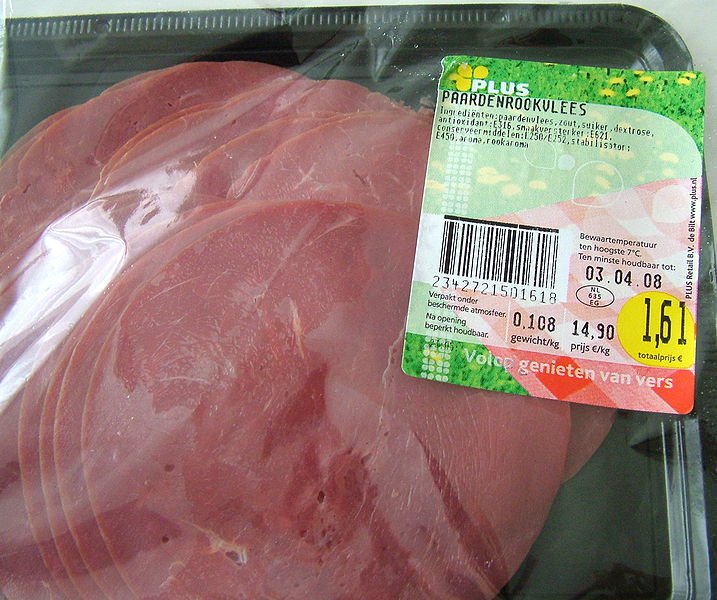 OMG I can’t even begin to imagine!

This is BIG NEWS in the UK…
But has some of that meat found it’s way here to the USA?

Some local stores (that you normally wouldn’t imagine) actually import their meats and a lot of the meat comes from Europe!

Officials at the FSA admitted that there have been no tests for horse meat content in British food for a decade, raising concerns that…

The scandal may have been hidden from the public for years

products from shelves as soon there was any indication they might contain horse”. Burgers and ready meals have already been withdrawn by Tesco, Findus (Findus lasagne ‘was 100% horsemeat’) and Aldi.

Responses by these grocery stores:

Tesco apologized and vowed to make sure it never happens again.

Aldi said tests on random samples demonstrated that the withdrawn products contained between 30% and 100% horse meat.

“This is completely unacceptable and like other affected companies, we feel angry and let down by our supplier.

If the label says beef, our customers expect it to be beef.” (from this article)

In a series of recent developments it emerged that:

Some fortunately are saved

A few years ago we helped save a young foal that was destined for the slaughter house in Canada.

Apparently these particular foals were scheduled to be pocket books.

I was told that every piece is used. It’s such a horrible thought. I’m sorry but I can’t continue with the details….

So here’s one pretty girl that was saved (my girl penny as a grown up.)

Here’s a list of rescues that could use some support

Here’s a site that has complied a list of horse rescues.

Unfortunately there are many more facilities that could use help. There’s just to many for me to list here.

What’s worse… Some rescues give good rescues a bad name.

Please give your horse an extra hug from me today..